Translations, Editing & Proofreading
Precise Spanish translation of scripts, literature and published works, with special attention paid to maintaining the original intent of the writer.  In cases of existing translations, we make certain the subtleties of the language have been interpreted accordingly.

A Little About Me
I was that kid who used to record itself doing silly voices and impressions. Once I prank-called a schoolmate’s mother pretending to be the raspy-voiced older lady who taught Spanish. That kid who was willing to say almost anything for a laugh? That was me. I had grandparents, aunts and uncles of advanced age so I learned early on to enunciate and to speak clearly. I gave a funny speech at graduation using character voices. Eventually, I even joined a comedy group in college (Boston University Comedy Organization) and performed live. However, the first time I realized I could do something fun and profitable with my voice was years before during my first visit to New York City. A friend's father worked for NBC in Rockefeller Center. Every night he would do a simultaneous live read of the Spanish translation of the NBC Nightly News over AM radio. Spanish-speaking people who didn’t know English well could watch the news on NBC while listening instead to the radio broadcast. He had the text the anchorman was reading but had very little time to prepare. But he read it and translated it and it matched the anchorman on tv. I’ve never forgotten how exciting it was. Now I feel that excitement every time I work on a voice project. So reach out and tell your story. Let’s make it great. 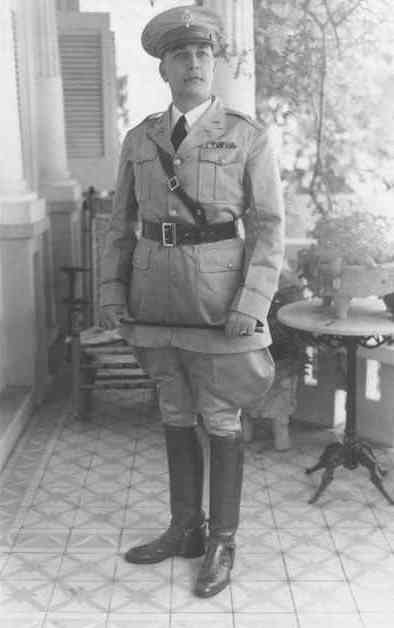 The first Hispanic to graduate from the United States Military Academy at West Point, New York on June 19, 1915. Esteves graduated first in his class and was the first to reach the rank of general. The class of 1915 also included Dwight D. Eisenhower, whom he tutored in Spanish.